Mom Calls Out Toddler for His Rent-Free Lifestyle

Haley, a simple mom on TikTok, has three sons living under her roof. Her youngest is, apparently, notorious for walking around like he owns the place. It goes way further than just demanding food and toys...

"Show me someone who lives in your house rent-free," Haley wrote. "He doesn't even throw for the water bill."

In the video, her toddler bursts through the door as if he was a young adult late on rent. He even goes as far as running his toy car across the door to let everyone know that he has arrived.

To make it even better, he's wearing a red robe and a towel wrapped around his head like a full-on adult. Don't talk to him before he's had his coffee. 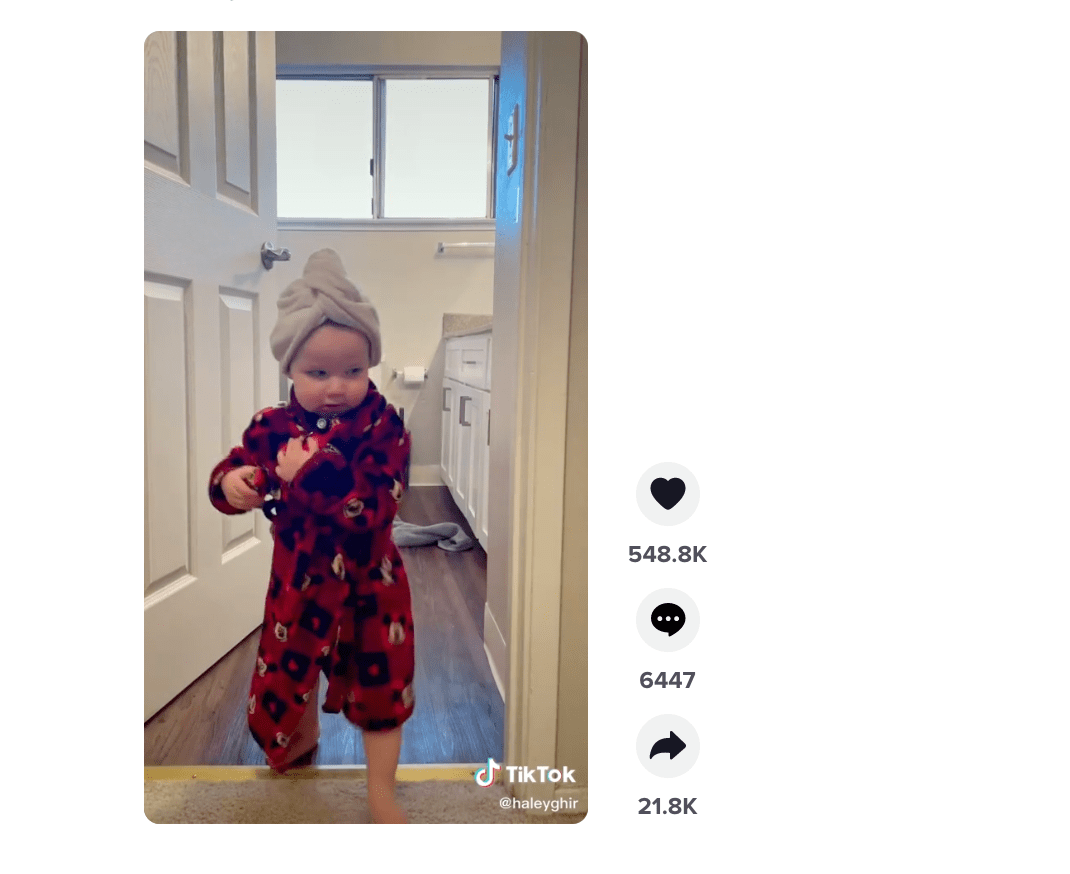 Naturally, this went viral and the comments were obsessed with him.

"Acts like he's getting ready for work!" one commenter joked.

"Excuse me, is that the landlord," another person wrote.

Toddlers obviously run the show in the house, that's for sure.