When Kay McCall and her husband moved into a new apartment in Ferny Hills, near Brisbane, they met their new furry neighbor. A ginger cat would visit them daily in their yard, looking for some pets. Soon after, though, they realized that their new friend was bringing them toys and other objects.

After some confusion as to where they were coming from, Kay posted a photo of the collection on a Facebook group for local neighbors, and dozens of folks recognized items in the photo that had gone missing from their homes or properties. 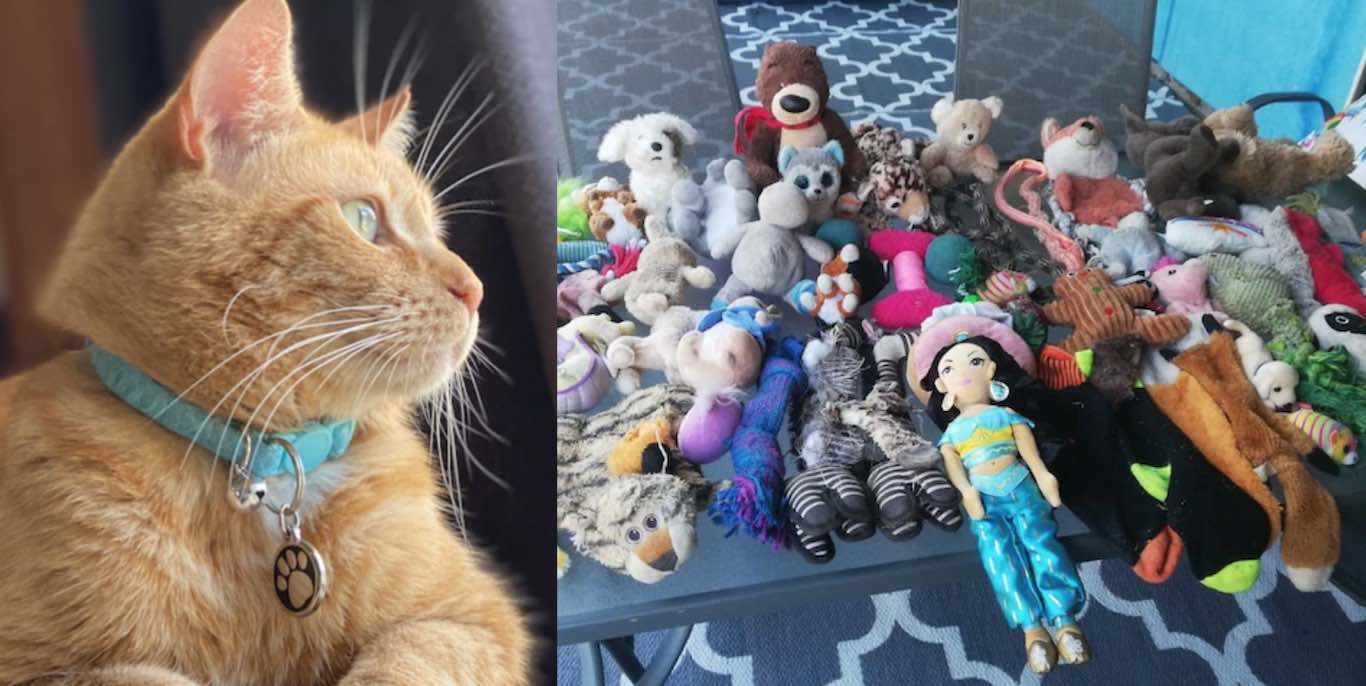 The "Pirate Kitty" instantly became an icon in the neighborhood. Neighbors recalled being visited by the furry bandit, and he became a local legend of sorts.

McCall identified the cat's owners, who claimed that they could not deter him from wandering the neighborhood. His owners asked the McCalls to help them find him a new home that would be able to keep him safe. Soon after, another resident in the area, Ingrid Moyle, decided to adopt him.

While the cat's original name was Johnny, Moyle renamed him "Kylo" after her favorite Star Wars character. 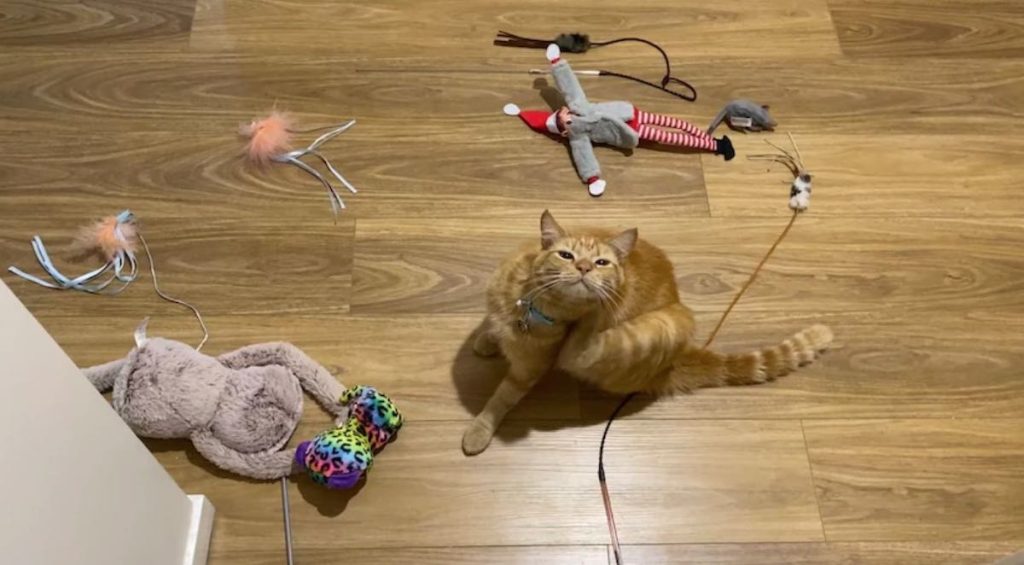 Kylo has since become a strictly indoor-only cat who now brings toys to his new owner's bedroom while she sleeps at night. He is quite spoiled with a large box of toys and has accumulated quite the fan base.

His many fans look forward to Moyle's updates on social media, officially claiming that she is owned by Kylo, and not the other way around.