It's estimated that Jonathan was born around 1832 and was brought to his current residence, St. Helena's in 1882 as a gift to the governor William Grey-Wilson. His age is an estimation based on the fact that when he arrived on the island he was fully mature, making him at least 50 at that point. 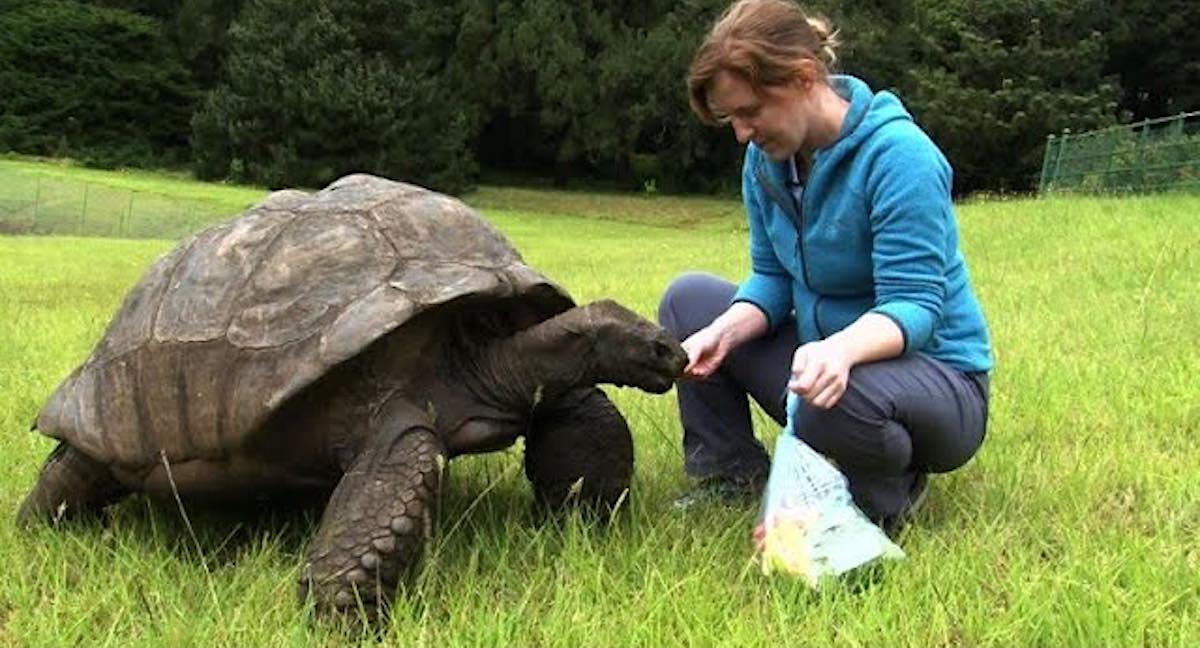 Jonathan has been around for two world wars and he predates the invention of the light bulb, the photograph, the telephone, and even the Eiffel Tower.

He's an endangered species but he is still eating and mating. While Jonathan is blind and can no longer smell, his sense of hearing is still excellent and he loves being in the company of humans, particularly his vet, Joe Hollins. 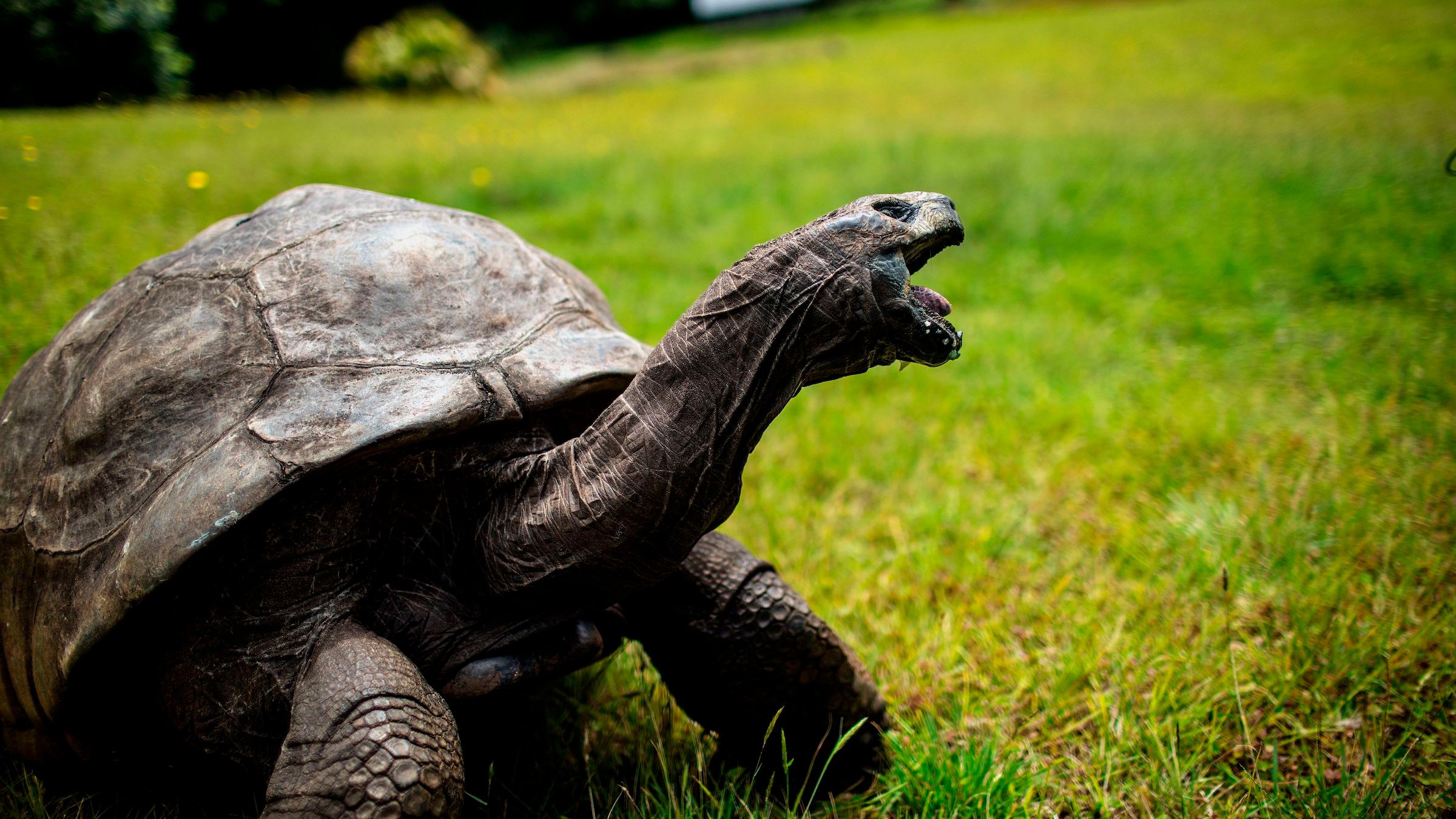 "Jonathan is symbolic of persistence, endurance, and survival and has achieved iconic status on the island," he says.

Back in his homeland, the conservation program Nature Protection Trust of Seychelles has produced a new generation of critically-endangered native giant turtles, raising 160 juveniles so far, and introducing them into the wild.